Our Lord Jesus Christ is the one loving God

“The Lord Jesus Christ is the one God of heaven and earth — the all-powerful Creator and Provider, and the approachable, loving, personal God who reaches out to all of us. The Father is the Soul, the Son is the Body, and the Holy Spirit is the Activity of the One Divine Person. He is intimately aware of the directions of our lives, and works in countless ways to inspire our free response to all that He offers.” More about “God” on newchurch.org

“The Bible, also known as the Word of God, is how God teaches us about Himself. In the pages of Scripture, He teaches us about Himself, about the eternal life He gives us, and that heavenly happiness (in this life and in our eternal life) can be found by living according to His Commandments. We can read the Bible on many different levels. There is a literal meaning, a history of God’s relationship with His people, and a deeper symbolic meaning which teaches us about our own spiritual lives. On the deepest level it is about His love for all people and His work to bring us close to Himself in heaven. We call this allegory the “internal sense” of the Word.” More about the “Word of God” on newchurch.org

At the time of Jesus’ birth the power of hell had increased to the point that people no longer knew how to love one another and all were in danger of becoming enslaved to selfishness and materialism. Jesus set us free by overcoming the power of hell, and by teaching the truth about His love for us and our need to love one another. In the beginning Christians obeyed the Lord’s command to love one another, but through the ages the Christian world became more concerned with political power, Divine condemnation of unbelievers, and faith without love. The deepest meaning of the Bible is all about Jesus Christ. By opening up that deeper meaning Jesus makes it possible for us to know Him, understand Him and love Him more deeply and intimately than ever before. His Second Coming is a real presence in our minds and hearts, not before our physical eyes, but before the eyes of our spirit, that is, in our understanding of Him.

“We open ourselves to the love of God by turning away from evil and learning to do what is good. In acting from that love by living a useful and productive life for the sake of others, the Lord opens heaven within us and prepares us for an eternal life of ever growing love and happiness in heaven.”

God endows us with the capacity to choose our eternal destiny

“The Lord ensures that each of us has the freedom to choose what we want to believe and how we want to live. He gives us this ability, knowing full well that we can use it to reject Him and serve ourselves. Yet by means of it we can turn to Him and see the wisdom in freely choosing to serve others as He asks. Freedom is the cornerstone of individual spiritual growth.”

Salvation is progressive and involves an ongoing process of spiritual growth

“The New Church teaches that every person is saved (chooses heaven) who acknowledges God and lives according to the Ten Commandments. The Lord makes sure that all people have the opportunity to learn these two most basic principles of religion, working through many churches in many nations.”  More about “Salvation” on newchurch.org

Marriage Love can become spiritual and continue to eternity

“Love in marriage is a special gift from the Lord. When spiritual principles are applied not only to one’s spiritual growth, but also to the marriage relationship, troubled times can be overcome, and that marriage will grow in friendship, mutual support, and happiness. Genuine marriage does not end with death, but continues to eternity.” More about “Marriage” on newchurch.org

Life after Death is Real

“The life after death is real, and much more knowable than many people believe. The book Heaven and Hell by Emanuel Swedenborg has inspired people for over two centuries with its detailed description of life after death. It teaches that death is merely a transition from the natural world to the spiritual world, where life continues for all people according to the patterns they have developed in life. Those who have cooperated with God in this life by striving to become better people, find themselves in a heavenly way of life in the next. Those who have chosen to serve themselves above their neighbors gravitate towards others like themselves in the place called hell. People freely choose their eternal destiny.” More about the “Life After Death” on newchurch.org 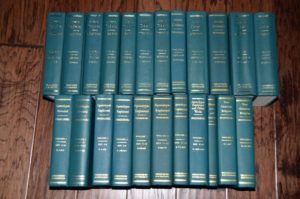 When the Lord was in this world He spoke of coming again:
“I have yet many thing to say to you, but you cannot bear them now. But when it shall come, the Spirit of truth, it will guide you into all truth.” (John 16:12-13)
“And straightway after the affliction of those days the sun shall be darkened, and the moon shall not give her light, and the stars shall fall from the heaven, and the powers of the heavens shall be shaken. And then shall appear the sign of the Son of Man in the heaven; and then shall all the tribes of the earth wail, and shall see the Son of Man coming in the clouds of heaven with power
and much glory.” (Matthew 24:29-30)

As He often did, the Lord was speaking here in parabolic language. The sun being darkened, the moon not giving her light, and the stars falling, symbolically prophecy of a time when the Christian church would fall spiritually: There would be no more charity in the church (sun), no more true faith (moon), and genuine spiritual knowledge would fall (stars). This spiritual fall came to a completion in the middle of the 18th century. History shows us that indeed the Christian church had become corrupt and spiritually deprived on many levels.

The New Church believes that it was during this spiritual fall in the 18th century that the Lord made His Second Coming, ushering in a new era of Christianity. The new and truly Christian church that the Lord came again to establish is symbolically represented in the book of Revelation by the Holy City New Jerusalem seen by John to be descending from God out of heaven (Revelation 21). It is this “New Church” that the Morning Star Chapel strives to embody. Here are a few points to help you understand this beautiful reality:

Our Pastor, Rev Pearse Frazier, would be happy to talk with you more about any of our believes and teachings. “This, the Lord’s second coming, is taking place by means of a man, to whom He has shown Himself in person, and whom He has filled with His spirit, so that he may teach the doctrines of the new church which come from the Lord through the Word. Since the Lord cannot show Himself in person, as has just been demonstrated, and yet He predicted that He would come and found a new church, which is the New Jerusalem, it follows that He will do this by means of a man, who can not only receive intellectually the doctrines of this church, but also publish them in print. I bear true witness that the Lord has shown Himself in the presence of me, His servant, and sent me to perform this function. After this He opened the sight of my spirit, thus admitting me to the spiritual world, and allowing me to see the heavens and the hells, and also to talk with angels and spirits; and this I have now been doing for many years without a break. Equally I assert that from the first day of my calling I have not received any instruction concerning the doctrines of that church from any angel, but only from the Lord, while I was reading the Word.” (True Christian Religion – Swedenborg)